Birmingham City boss Lee Bowyer might be force to go into the free agent market on the back of the news that George Friend will not return to full fitness until March at least. Ex-Middlesbrough star Friend has been ruled out of action for four weeks after picking up a calf strain to leave the club with limited options at the back. Friend is a versatile defender who can play as a left-back or on the left side of the central defence.

In the absence of Friend, Lee Bowyer and Birmingham City are left with Marcel Oakley and Nico Gordon as the only two senior pros who could provide cover in central defenceafter the regulars namely Marc Roberts, Kristian Pedersen, TedenMengi and Maxime Collins. Mengi is a Manchester United loanee who joined the club on loan from the Red Devils this season having spent some time on loan at fellow English Championship club Derby County last season.
END_OF_DOCUMENT_TOKEN_TO_BE_REPLACED 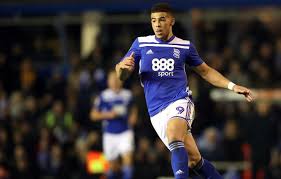 Che Adams, the Birmingham city phenomenon, is the main focus of Manchester United and Arsenal after hitting the net for 6 consecutive matches, although he missed out on the legacy in the last game he played at St Andrew’s. He hit 19 goals this season and so Monk raised his price during the transfer window, leaving the player in his team.
END_OF_DOCUMENT_TOKEN_TO_BE_REPLACED

Garry Monk cannot wait for the return of Cheikh Ndoye to first-team action. The 32-year-old was involved in the World Cup 2018 with the Senegal national team. Even though Senegal failed to progress past the group stages, it still meant plenty of action in the summer forNdoye. As a result, he has been given extended time in order to complete his holidays. Ndoye was involved in the games against Poland and Japan, while he did feature in the warmup game against Croatia just before the start of the tournament.

Birmingham City manager Garry Monk is preparing for his first full campaign with the club. He was appointed towards the end of last season and he helped the club stay in the Championship. Now, Monk is looking to get the club away from the relegation battle and closer to the play-off places. The club have so far been quite muted in terms of the transfer activity, as they have only brought in Kristian Pedersen for anything involving a transfer fee. Several players have left Birmingham on a free transfer. Crucially,Ndoye’s return to first-team action will be important for Birmingham since he provides the team with a large dose of confidence.
END_OF_DOCUMENT_TOKEN_TO_BE_REPLACED